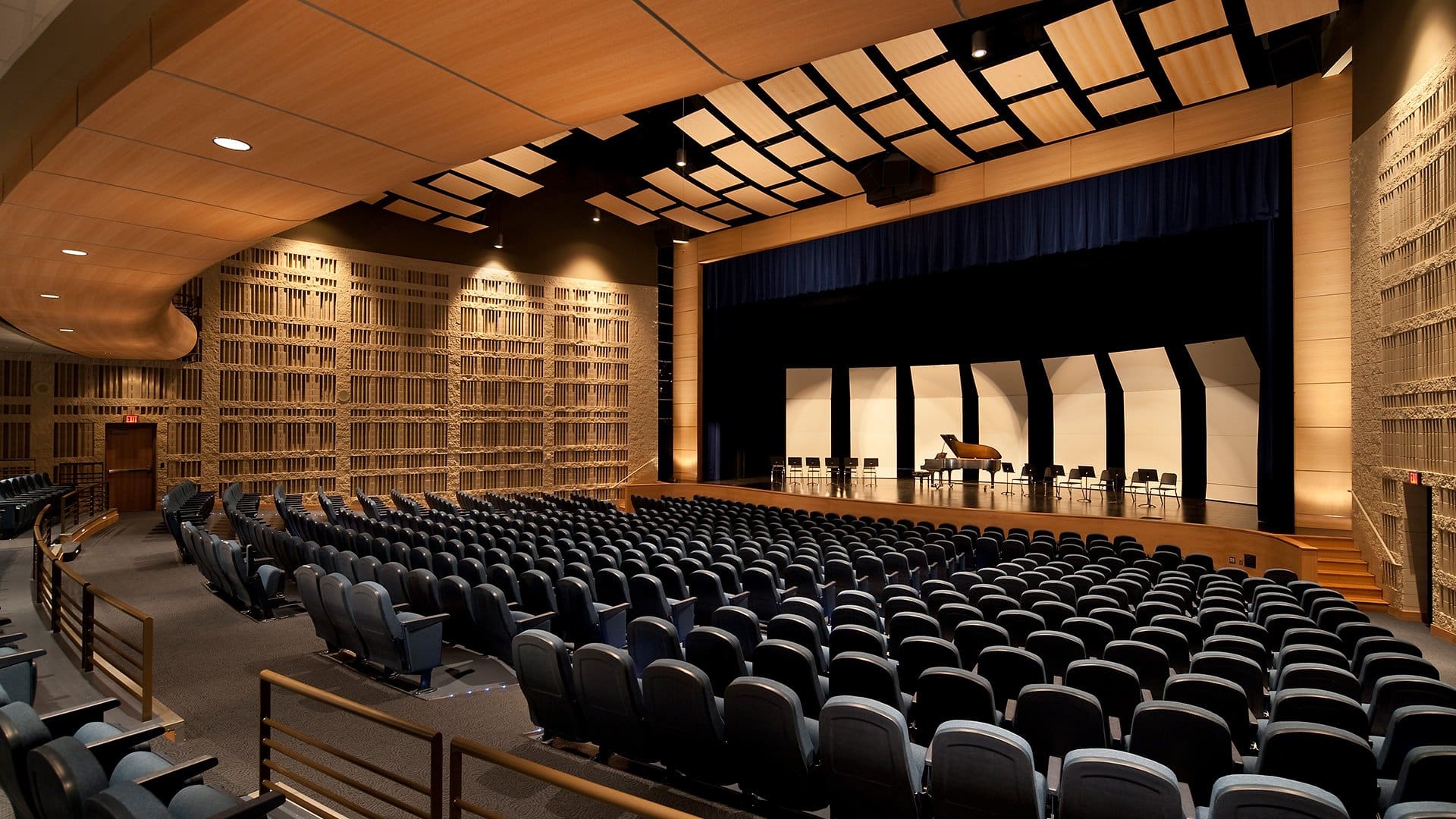 Employees voicing concern about noise in assembly and work areas may have a sound (valid) reason! Because design and construction of assembly areas, offices, and classrooms usually have much in common, the following information is applicable to most acoustical aberrations encountered. Acoustics is the branch of physics dealing with sound, and physics usually means intimidating, messy math. However, this article attempts a factual and understandable manner without all the number-crunching. So, let’s look at some common acoustical terms, learn the characteristics of sound, and mention some methods that can be used to improve interior acoustics.

Sound energy tends to radiate out centrally from the sound’s source, creating sound waves similar to a stone being tossed into a calm pond. “Bel” is the unit of measure for sound energy or intensity. However, because of the large numbers that can be involved, decibel (dB) is the term most commonly used. One decibel is 1/10th of a bel, and dB values are logarithmic, meaning that for each level of increase up the decibel scale, sound intensity increases 10 times. For example, 45 dB is twice as loud as 35 dB, 55 dB is 100 times as loud as 35dB, and 65 dB is 1,000 times as loud as 35 dB.

Regardless of its loudness, all sound travels at the same speed — approximately 770 mph in air that is 68 deg. F and 29.53 inches barometric pressure. So, even though a whisper and thunder have different sound intensities (energies), they travel at the same speed.

In simple terms, sound can be controlled by stopping it from bouncing back or traveling to adjacent spaces. When sound waves hit a nonabsorbent obstruction, like a hard wall, floor, or ceiling, they are deflected at the same angle as they struck the obstruction. This is the physics law that says, “The angle of incidence equals the angle of reflection” — something that tennis players are familiar with. These reflected sound waves are called reverberations (think of an echo). Reverberation continues until the sound waves fade away, and it is much more noticeable in large cavernous rooms like gymnasiums or auditoriums. Reverberation time is the time it takes for sound to diminish by 60dB, measured in tenths of a second. Imagine a pool ball rolled over an empty pool table. The ball will continue to bounce off the table pads at different angles until the ball runs out of energy and stops.

Studies show that speech interference is most commonly associated with reverberation and background noise. These two annoyances are commonly addressed via sound-absorbent materials, like acoustical wall panels/pads, acoustical ceiling tiles, carpeting, and drapery. The performance of sound absorbent materials is classified by its noise reduction coefficient (NRC).  This decimal number describes sound that is absorbed but not reflected by the material. For example, an NRC of 0.65 means 65 percent of the sound hitting the material is absorbed. Larger numbers are better, and 1.0 is best. Acoustical panels can be rectangular shapes mounted on the wall or geometric shapes suspended from the ceiling. Sound moving at 770 mph and bouncing around at different angles will eventually hit the panels regardless of where they are located, but the sooner it does, the better.  The size, quantity, construction and location of the panels are often best determined by an acoustics engineer.

Sound transmission class (STC) determines how much sound will travel to adjacent spaces, and defines the ability of a structure (partition, wall, ceiling, etc.) to block sound energy.  Again, the higher the number, the better.

Sound flanking (not to be confused with a cut of meat) defines sound that uses acoustically-weak areas and openings in ceilings, walls, and floors to travel to adjacent areas.  If an assembly can pass light or air, it can pass sound.  Sound flanking can be reduced and STC ratings improved by using staggered steel studs, staggering wall receptacles, double-layering drywall, using acoustic drywall and acoustic isolators between the studs and drywall, insulating the walls, extending walls and insulation to the roof deck and sealing the junction, sealing the bottom track of the drywall partitions, installing acoustic doors with complete perimeter sound gasketing, and using insulated windows with laminated glass.  Also, round rooms tend to be acoustically friendly.

A simple way to determine sound flanking between rooms is to darken one room completely, light the adjoining room, and then examine the adjoining construction from the darkened room. This should be done from both rooms.  Another technique is to use a smoke stick to measure air movement at door thresholds.

A smoke stick is an uncased wick that, when lighted, generates a smoke stream than moves in the direction of the slightest air flow. 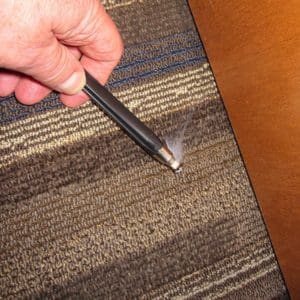 Sound movement in air is affected by ambient conditions, such as temperature, moisture content, and air movement. Warm air is less dense than cool air, so sound passes through warm air easier. Sound also tends to travel better in moist air, and therefore, is directly proportional to moisture content (not relative humidity). This is because relative humidity is not the actual moisture content of the air, but a ratio comparing water vapor volume to potential capacity.

Sound speed tends to increase or decrease approximately 1 foot per second velocity for each degree F. change in temperature. Plus, dry air absorbs more sound energy than moist air. Sound energy passing through dry air attenuates (loses energy) faster than when passing through moist air. Ambient air movement and conditions should be discussed with the HVAC engineer to determine placement of supply and return louvers based on use.

While conducting normal inside activities, we are surrounded by different sounds. Usually, we do not want to hear these sounds repeated as echoes or shared with neighbors in adjacent rooms. How we design and dress up our interiors will help us control those sounds and reduce negative feedback. ANSI S12.60 – Acoustical Performance Criteria, Design Requirements, and Guidelines for Schools, is a standard used for classroom acoustics for schools designed to meet LEED requirements and could also be applied to non-LEED projects.

Cris Crissinger, CSI, CCS, CCCA has over 30 years of experience preparing construction specifications. Previous to retirement, Cris was Director of Specifications for McMillan Pazdan Smith Architecture where he was responsible for evaluating new products, preparing project specifications, assisting in facility assessment, performing field investigations, and coordinating internal training programs. Crissinger is a member of the Construction Specifications Institute (CSI), the Building Performance Committee of ASTM International, and the Design and Construction Division of the American Society for Quality (ASQ), and serves in the community of the Construction Board of Appeals for Spartanburg, South Carolina. He has twice won the Richard M. Horowitz Award from Roof Consultants Institute (RCI)  for his writing.