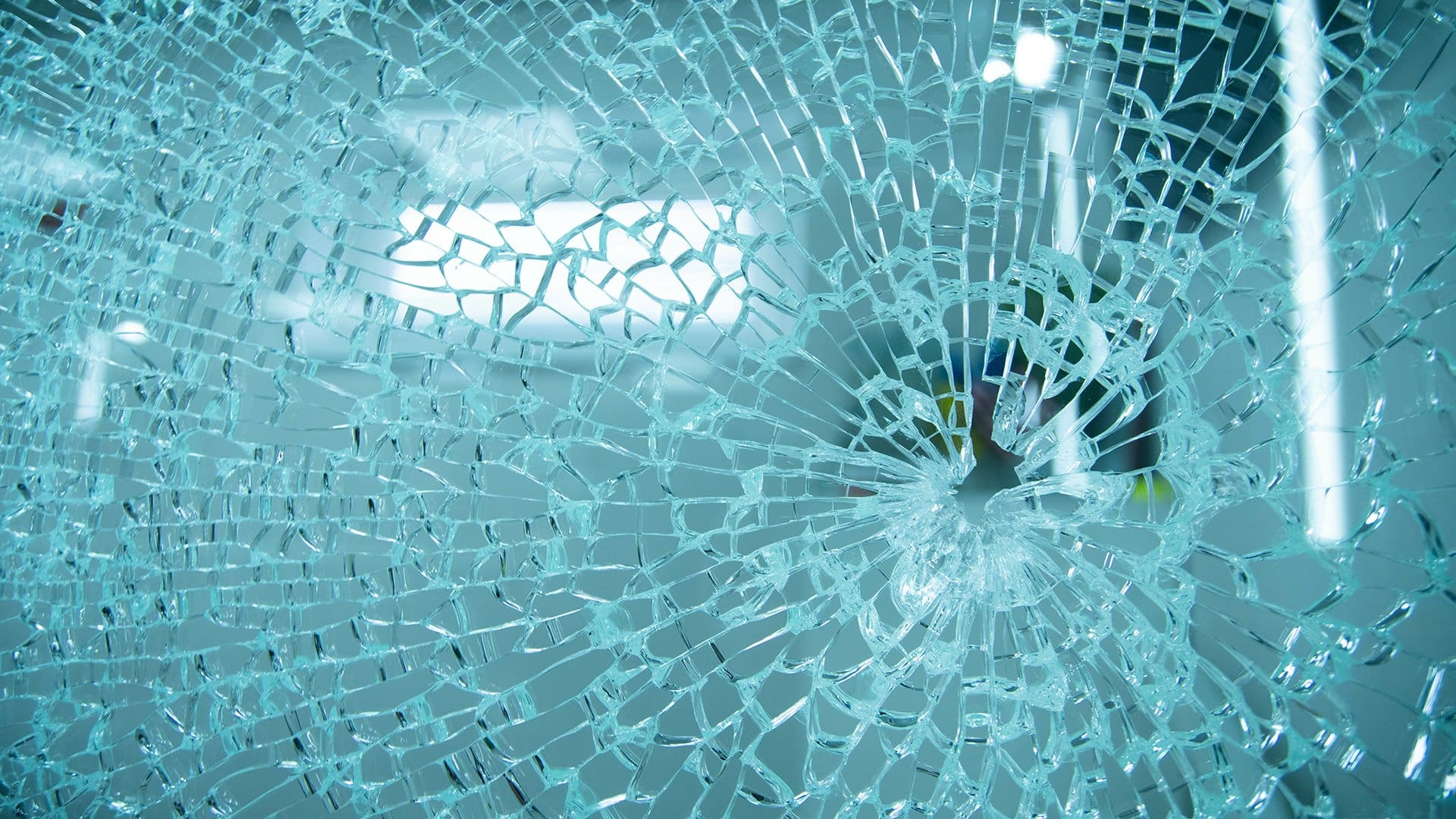 If you notice any of the following building interior conditions, then perhaps this article will shed light on some of these problems: 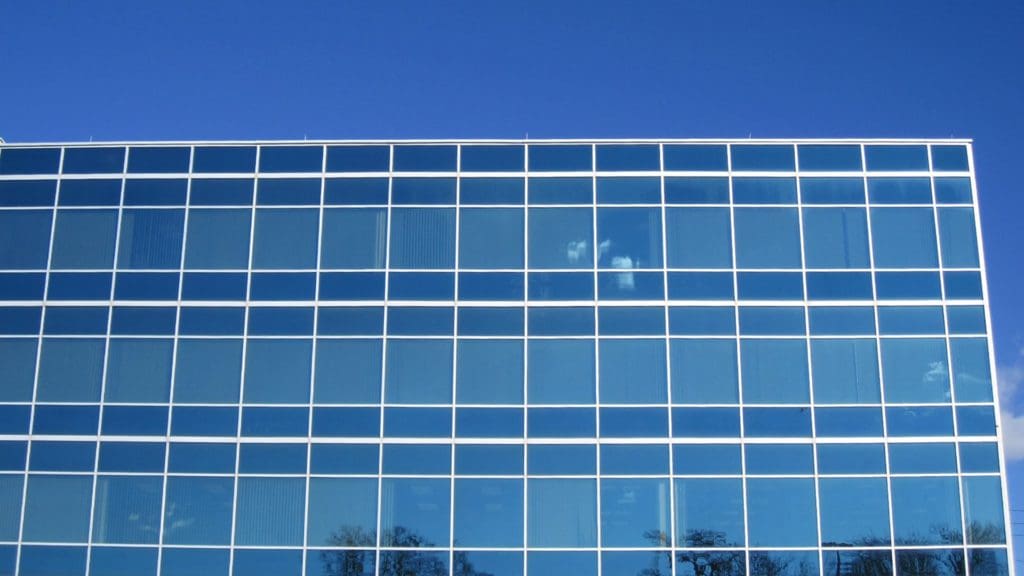 The building envelope consists of the floor, walls, and roof. Since there are three or four walls in the typical building, walls make up the largest area of the building envelope. Glass often comprises a large percentage of a building’s wall system and can cause a building to resemble a giant aquarium. The appropriate glass system (glass, glazing, and frame) can make a significant improvement in thermal and acoustical performance of the building fenestration. Proper glass tinting, coatings, and thickness can reduce energy usage and HVAC requirements by controlling light transmission that influences lighting requirements and controls solar heat gain and thermal transmission

THERMAL PERFORMANCE
Whether evaluating glass for a new facility or replacing existing windows and glass, finding the most energy-efficient glass for the project can be a challenge. Product data published by glass manufacturers list, along with other glass properties, the following five important glass performance ratings:

These performance ratings can provide valuable information for comparing glass performance. To refresh memories on these terms, Visible Light Transmittance (VLT) is the percentage of available visible light transmitted through glass. For a display room, a higher number might be considered while a lower number might be applicable for a classroom or office. Solar Heat Gain Coefficient (SHGC) is the portion (not a percentage) of directly transmitted and absorbed solar energy that passes through the glass into the building. The higher the number, the more energy passed and the warmer the room. U-Value is a measure of heat gain or loss through glass because of differences between inside and outside temperatures and is expressed as both winter and summer values. Since heat tends to move from warm to cool, warm outside summer air tries to get inside, and warm inside winter air tries to get outside. This is analogous to children who want inside when they are outside and outside when they are inside. Shading Coefficient (SC) is a ratio (not a percentage) of the solar heat gain of a single 1/8-inch-thick clear glass compared to the solar heat gain of the test glass. SC of 1 is maximum, so lower is better. UV Transmission (UV) is not normally considered a thermal performance property, but it can damage skin and interior furnishings. There are two types of UV.  UVB that causes sunburn and UVA that penetrates skin deeply and causes it to age and wrinkle. Published values for UV show the percentage of available UV that passes through the glass. These values usually do not differentiate between UVA and UVB. Therefore, unless stated otherwise, it is best to assume the published values are for UVB, since UVA can penetrate most types of glass except for laminated glass. Infrared (IR) Transmission is usually omitted from performances tables and is the property that warms and damages furnishings. Picture 1 shows the performance values of clear insulating glass prior to being replaced with Low-E glass when measured with a glass performance analyzer. 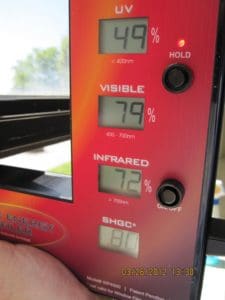 LOW-E
Before the advent of high performance glass, such as Low-E, we usually relied on tinted glass and reflective glass to reduce solar energy transmission. Being darker than clear glass, tinted glass absorbs some of the solar energy and prevents it from entering the building. Reflective glass, also usually dark, reduces solar heat gain by reflecting energy back into space and also by absorbing some of the energy. However, both being dark, they tend to reduce visible light transmission and often transfer some of the absorbed energy into the interior by radiation and convection. When observed from the dark side, reflective glass is transparent which is the property that, during the day, allows folks inside to see out, but folks outside cannot see in. At night, the reverse happens. This is the principle of one-way viewing glass. Low-E glass has a very thin transparent coating (thinner than a human hair) on one surface and is available in shades from ultra-clear to variations in blue, gray, green,  and bronze. The thin coating provides the superior thermal performance over uncoated clear, tinted, and reflective glass. There are two types of Low-E coatings. The first is passive or hard-coat that is sometimes called pyrolytic because it is usually applied while the glass is still hot during the manufacturing process. A passive Low-E coatings is best for cold climates because it passes some of the sun’s infrared energy to the interior, and then reflects the interior’s heat energy back into the interior, thus reducing HVAC loads. The second Low-E coating is solar control or soft-coat that is usually applied after the glass has been produced and is best for warm climates where cooling is predominant. Picture 2 shows the on-site measured performance values of clear Low-E insulating glass after the clear glass was replaced with Low E insulating glass. 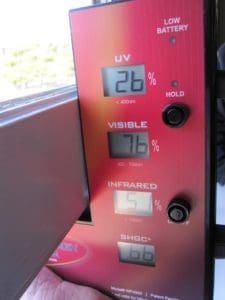 Thermal performance of existing installations can also be improved by installing a thin after-market film over the interior surface of the glass.  However, these films tend to have disadvantages! They may have only a 10-15-year longevity, may be damaged by glass cleaners or normal use, and may void a glazing warranty of insulating glass systems.  These films are best for clear glass. The film manufacturer and glass manufacturer should be consulted before application.

CONDENSATION RESISTANCE
Condensation Resistance is not normally considered a performance attribute of the glass alone and is usually associated with the fenestration system in a wall assembly.  Resistance to condensation is particularly important in locations where condensation can form easily, such as when there are temperature and humidity extremes between interior and exterior. The term, condensation resistance, was developed by both American Architectural Manufacturers Association (AAMA) and the National Fenestration Rating Council (NFRC) who used different test methods to develop their performance criteria. AAMA calls theirs Condensation Resistance Factor (CRF) and NFRC calls theirs Condensation Resistance (CR). Both use a number rating system to estimate the system’s ability to resist condensation with the higher the number, the better the resistance. AAMA uses a range of 30 to 80 and the NFRC uses 0-100. This data can be found in an aluminum framing system manufacturer’s product data, along with the glazing system used for the testing. Picture 3 shows damage from condensation on a wood window frame. 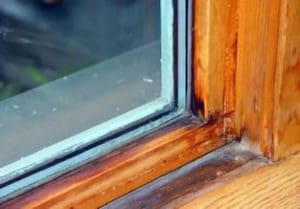 SYSTEM ASSEMBLY
Insulating windows usually consist of two lites separated by either an air- or gas-filled space. The surfaces of an insulating glass system are numbered from 1 through 4, with the number 1 surface facing directly outdoors and number 4 surface facing directly indoors. Surface numbers 2 and 3 face each other and are separated by the air- or gas-filled space. The insulating systems can have two clear lites separated by an air space: one clear lite and one tinted lite; or one clear lite and one coated lite. Performance and appearance can vary with the face location of the coating and the tinted lite. After determining the climate where the windows are to be installed, refer to the glass manufacturer’s technical data to determine glass configuration (tint, type coating, and surface location of the coating) to achieve desired results. The thermal performance of the best glazing can be compromised if the glass is installed in a metal frame that is not thermally broken (using a thermal break to separate the interior part of the metal from the exterior metal).

COLOR
Since glass can comprise a significant portion of a building facade, color or tint is an important attribute in determining glass selection. Tinting can be achieved by tinting the interior or exterior lite of an insulating glass system and can influence thermal performance. Selecting a color is more than just holding samples up to the overhead light. The manner in which a glass sample is reviewed can influence its appearance. Glass selection is often based on color, which can vary based on background conditions. Owners and designers are often disappointed when the appearance of the installed glass does not resemble that of the reviewed samples. Many factors can affect glass appearance, and they must be considered when reviewing samples. The following suggestions for evaluating glass appearance should prevent undesirable surprises in appearance after installation: 1. View all samples in the same light. To evaluate a full perspective of glass appearance, view samples in natural light, while slightly overcast, at different angles, and at different times of the day; 2. When viewing samples in artificial lighting, place tinted, coated glass samples on a black background with the exterior side up so the reflective image of the overhead lights can be seen. To evaluate transmitted color, place the sample on a white background. A white background will reduce reflectivity, but will not give an accurate indication of the outside appearance. A glass sample viewed with a bright background light or color will appear lighter than when viewed with a darker background light or color; 3. Use same color background when viewing all samples. Picture 4 shows the effects of different backgrounds on the same glass system. View in both bright and dark light; 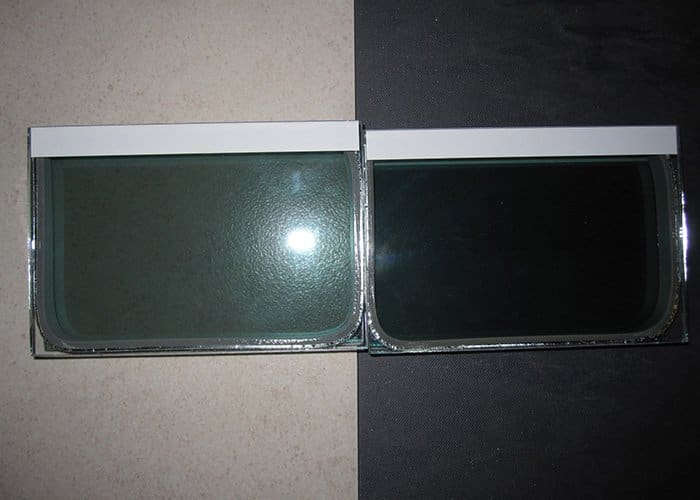 4. Use samples of same size and thickness. Glass size, glass thickness, and face location of a coating, if used, can alter the light absorbance, causing the light rays to bend differently creating color variations of samples; 5. Place all samples at same angle.  Different angles can alter the light absorbency, creating observed color variations. With all conditions the same, a glass sample viewed at a 45-degree angle will appear slightly darker than when viewed at 90-degree angle; 6. If the installed system is insulating glass, view samples as a system with same air space; 7. When viewing coated surfaces of an insulated assembly, ensure that each sample is placed with coated surface in the same position.

CONCLUSION
Glass performance can be influenced by color, coating, thickness, and framing. The following table shows a comparison of the performance values of various types of unframed glass of the same thickness. Depending on the manufacturer, these values may or may not be improved and can vary with different types of glass produced by the same and different glass manufacturers. The values can be measured in the field with special instruments as shown in Picture 1 and 2. ASHRAE 90.1 requires SHGC of .24 and a U value .65.