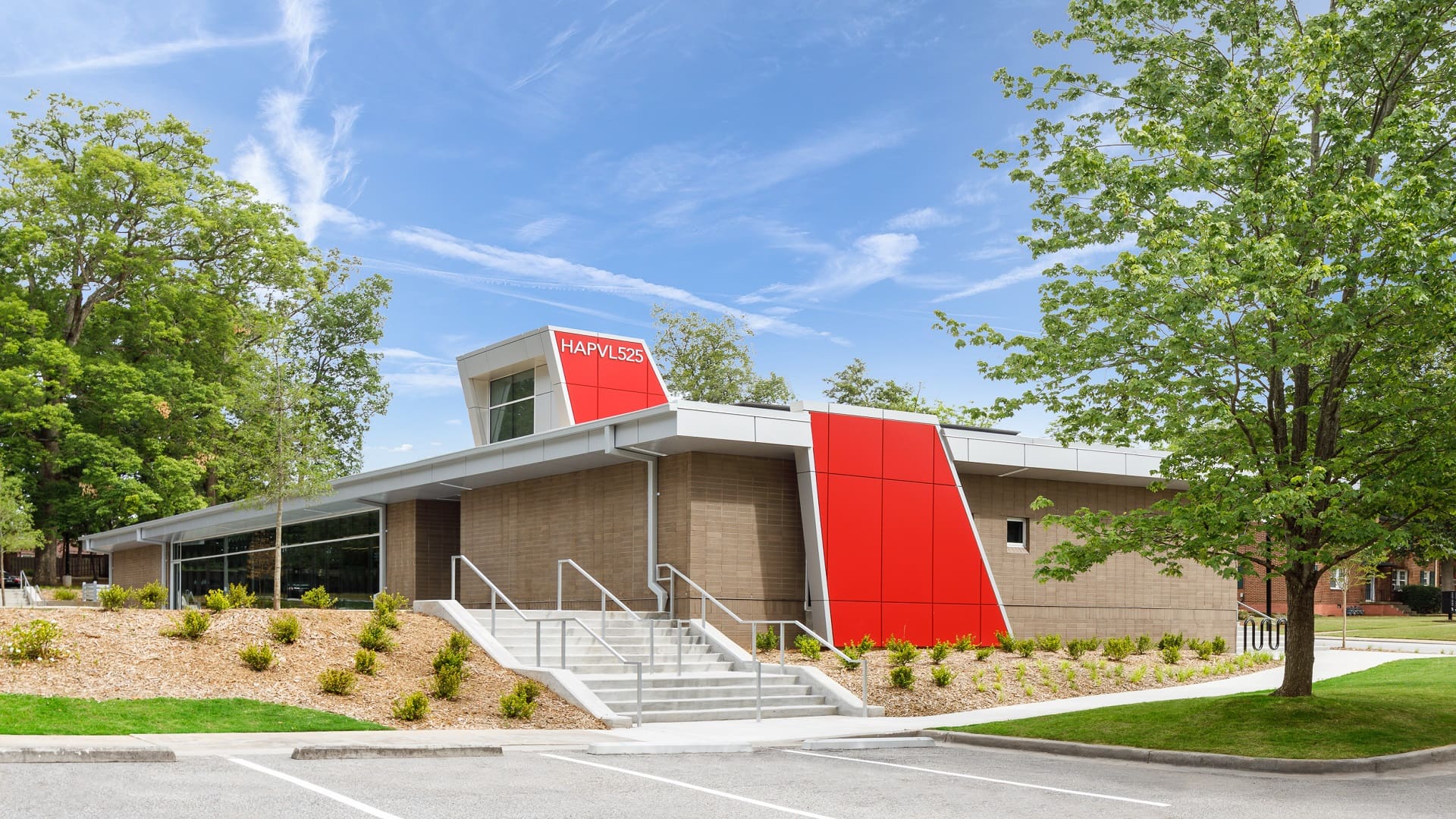 AIA Georgia held its annual awards ceremony last Saturday evening on the roof of Atlanta’s Ponce City Market with the Midtown Atlanta skyline serving as a backdrop for the gathering honoring the best architectural designs of the year developed in the State of Georgia.

Fulton County’s Hapeville Library designed by McMillan Pazdan Smith and Constructed by Albion General Contractors was the recipient of two Awards on the evening.

The Library received a Citation Award specifically acknowledging the project’s connection to the community through a design referencing the unique cultural, industrial, and economic heritage of the city of Hapeville and the Atlanta Airport area.

The project also received the People’s Choice award, garnering the endorsement of hundreds of voters.

On hand to accept the AIA Georgia awards were Will Bryant and Autumn Roberts from the Atlanta MPS office, and MPS’s invited special guests Alfred Collins and Belinda Morrow of the county’s program management team, as well as Dan Hofert and Corey Lloyd from Albion to receive the award. 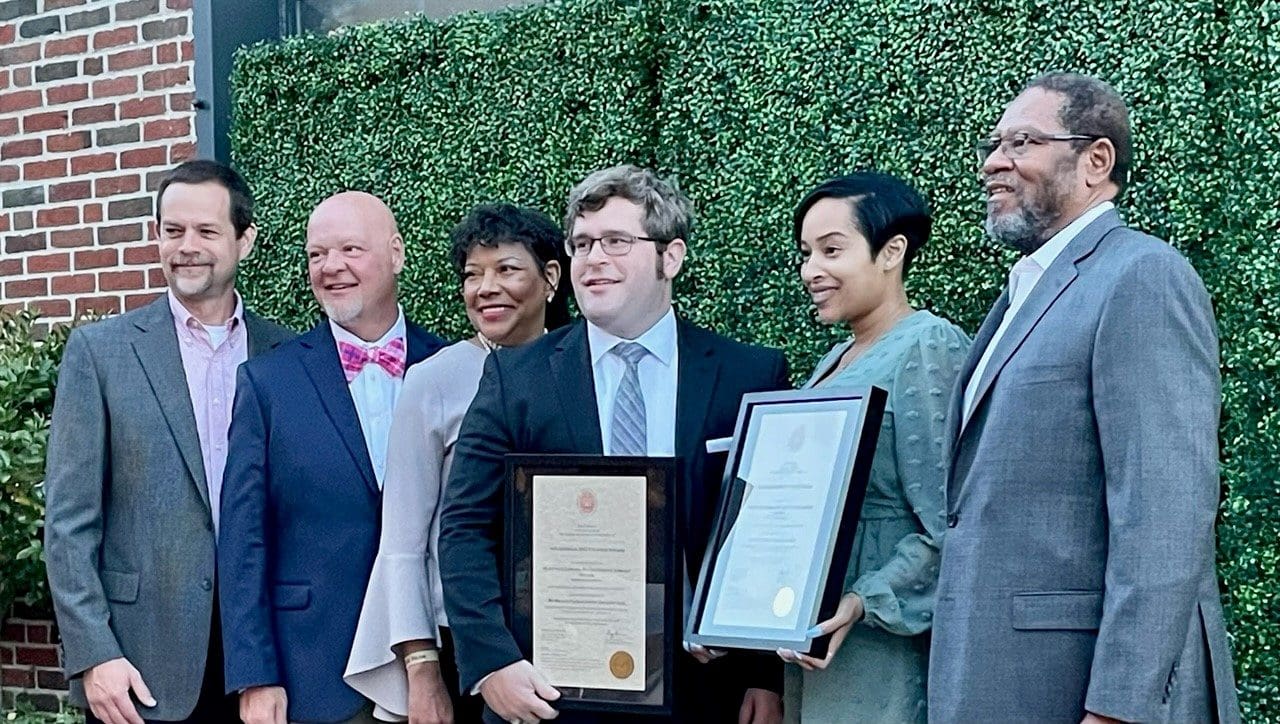 The design awards were the result of careful deliberation by an esteemed jurist panel including Meryati Blackwell of Marlon Blackwell Architects, Jonathan Marvel of Marvel Architects, and Steve Raike of Lake Flato Architects.

The McMillan Pazdan Smith project team that included Joe Alcock, Will Bryant, Autumn Roberts, and Tia Cornelious, could not have been successful without the support of The Fulton County Library System, the taxpayers of Fulton County and the city of Atlanta, the city of Hapeville, Albion General Contractors, Wallace Engineering, GTP Consulting Engineers, Atwell Engineering, HGOR, Budova Engineering/DWCE, and the County’s program wide consulting team.