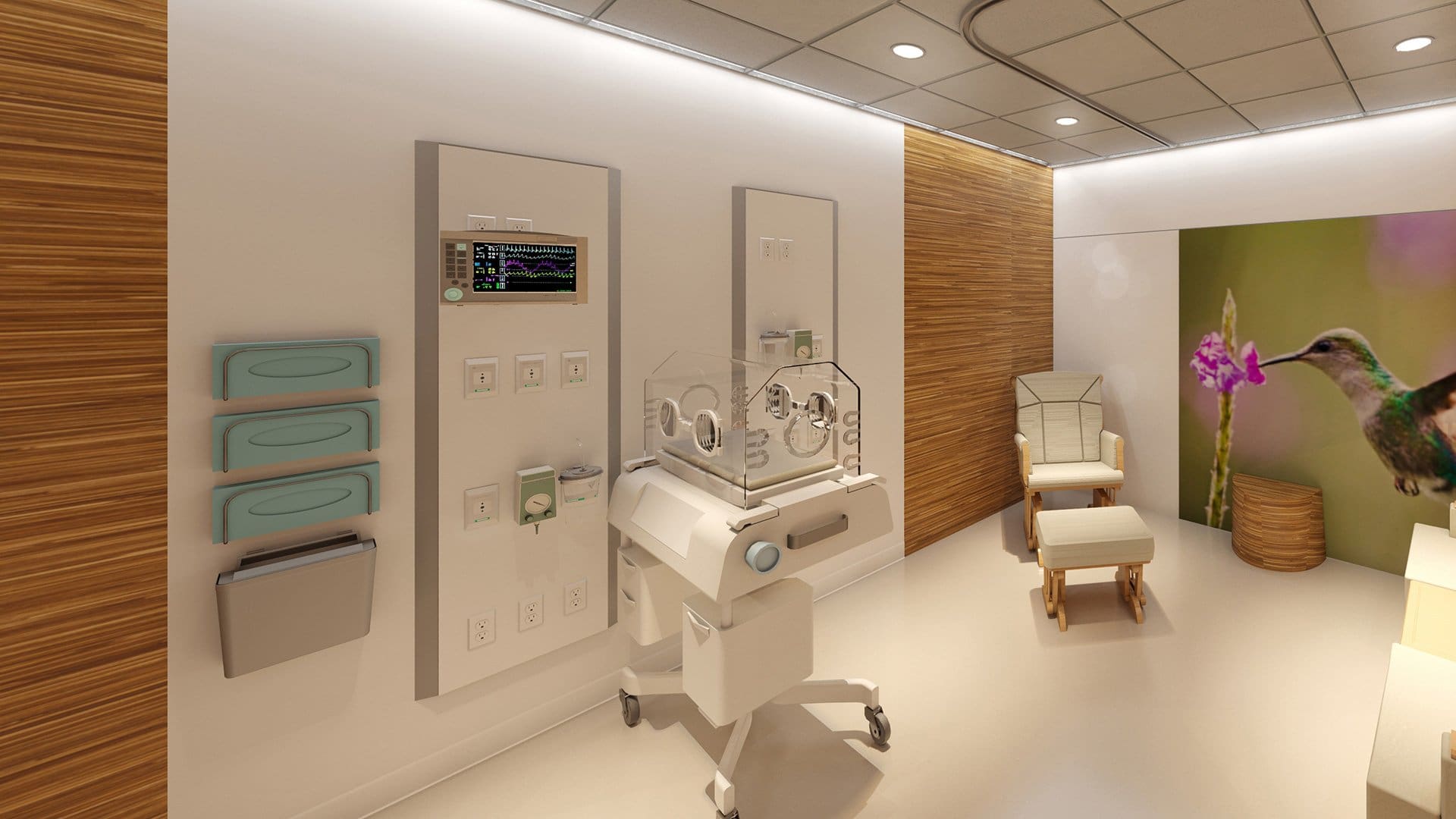 The first, second, and third place titles will be awarded during the Patient-Centered Design Reception at the national 2013 Healthcare Design Conference, where the full-scale model of the Patient & Family-Centered NICU patient room will be revealed.

The Neonatal Care Unit expansion and renovation offers single-family patient rooms designed to foster a sense of comfort, control, and participation between care givers and families.

As a Level II NICU, Bon Secours St. Francis’ unit often welcomes babies struggling to overcome a wide range of health challenges. A core multidisciplinary team of nurses, physicians, administrators, architects, and planners visited a number of St. Francis NICU facilities. Once room sizes were established, a full-scale mock-up was built on site for NICU staff, a parent focus group and the state regulatory agency. Each group was invited to tour and evaluate over a three month period, providing invaluable feedback to the design. The team studied and practiced scenarios in various room configurations until the room was a unified whole. The 6,000 square foot facility will open in the 4th quarter of 2013.