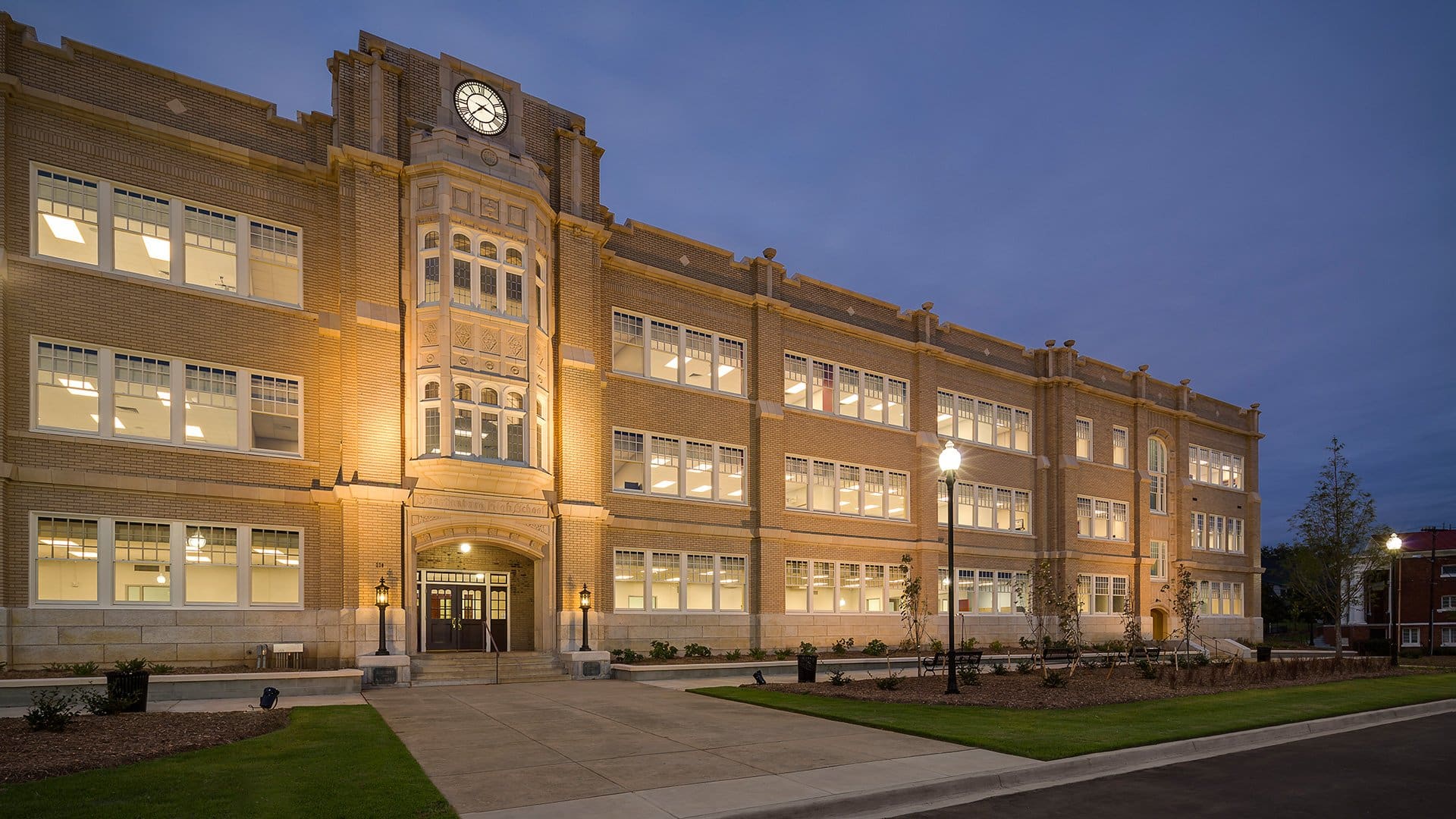 The restoration process involved carefully updating the building’s life safety, HVAC, electrical, plumbing, and structural systems to meet modern building codes, while maintaining as much of the building’s original character as possible. The interior floor plan was thoughtfully reconfigured to meet modern educational best practices without disturbing iconic historic spaces like the gymnasium, auditorium and entrances.

During the course of the renovation many materials, finishes, architectural elements, and features were recreated, repaired, or restored. Because the building was a high school from 1922 until 1978, the school’s yearbooks provided numerous photos allowing the design team to replicate original features, including windows and doors, auditorium, and gymnasium seating, light fixtures, and decorative plaster.

Not only did the team fully update the facility to meet modern codes, they carefully followed the US Green Building Council’s LEED standards for sustainable design throughout the process, earning the building a LEED Silver certification.

The 2015 Citation Award is the 16th award McMillan Pazdan Smith has received from the American Institute of Architects this decade.