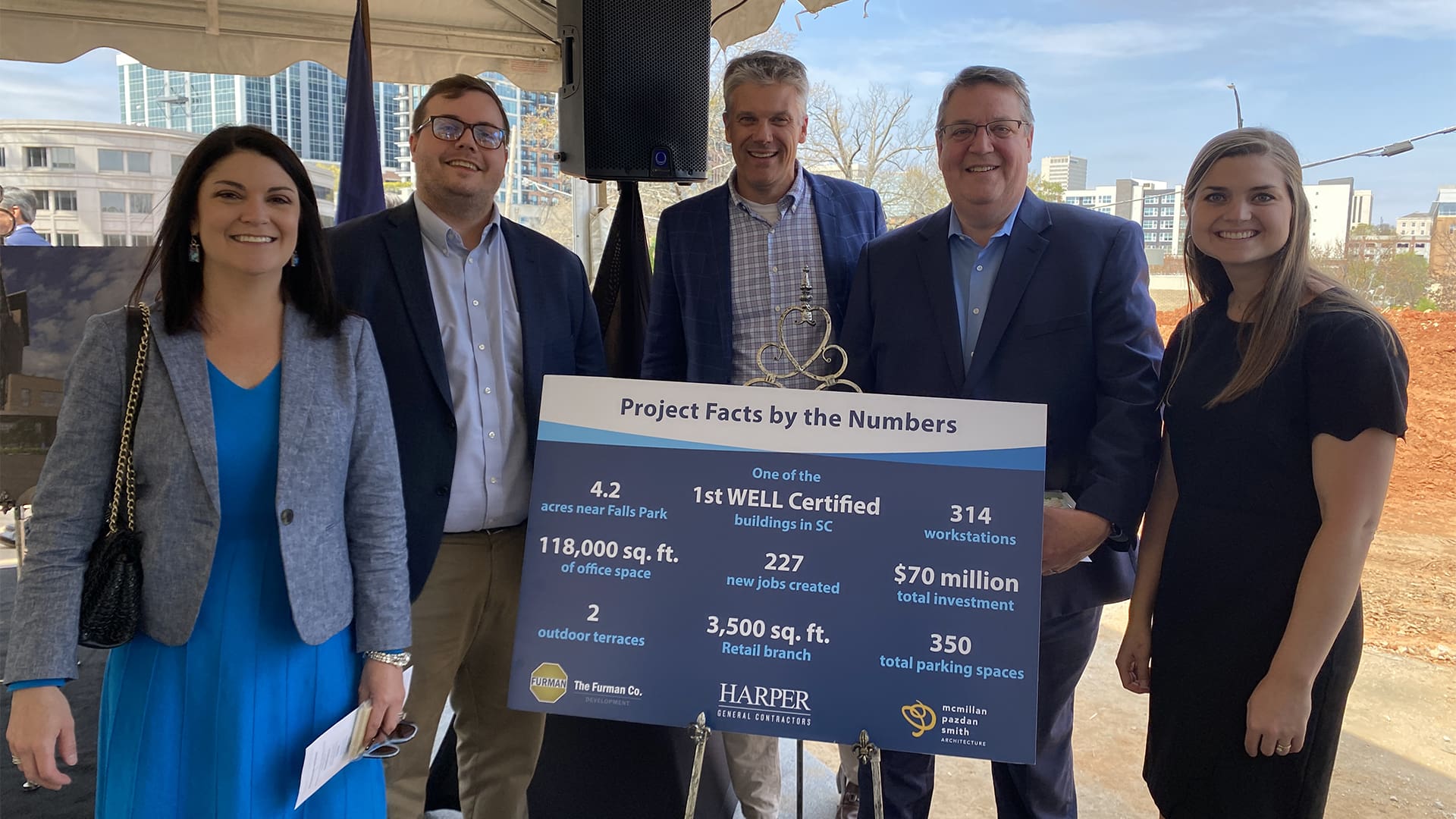 Members of our UCB project team and our firm’s CEO, Chad Cousins, enjoyed a wonderful ceremonial groundbreaking and reception for United Community Bank the last week of March.

The ceremony, which was attended by many of the bank’s local customers, included remarks by UCB board member and former Ambassador David H. Wilkins, Chairman and CEO H. Lynn Harton, Greenville Mayor Knox White, and SC Governor Henry McMaster.

Mayor White said, “the place we’re standing today is probably as good a place to understand Greenville as any place could be.” The building will be a catalyst for downtown Greenville’s new “innovation district” located a few yards away from Reedy River Falls overlooking the park.

During the ceremony, UCB’s Chairman and CEO H. Lynn Harton, was presented with the Order of the Palmetto — the highest civilian honor awarded by Governor McMaster. Harton has been widely recognized for his vision, leadership, and investments in the communities that UCB bank serves across its five state branch footprint.

The renderings for the unique building design that McMillan Pazdan Smith Architecture’s corporate studio completed shows a light glass structure with an abundance of daylighting, collaboration spaces, and access to the outdoors. Designed to draw the community in, the headquarters will also include public event space and be transformational for Greenville’s continued economic growth. It will also be one of the first WELL Certified buildings in South Carolina.

Harper General Contractors is the GC with Steve Navarro of The Furman Co. leading the development efforts.