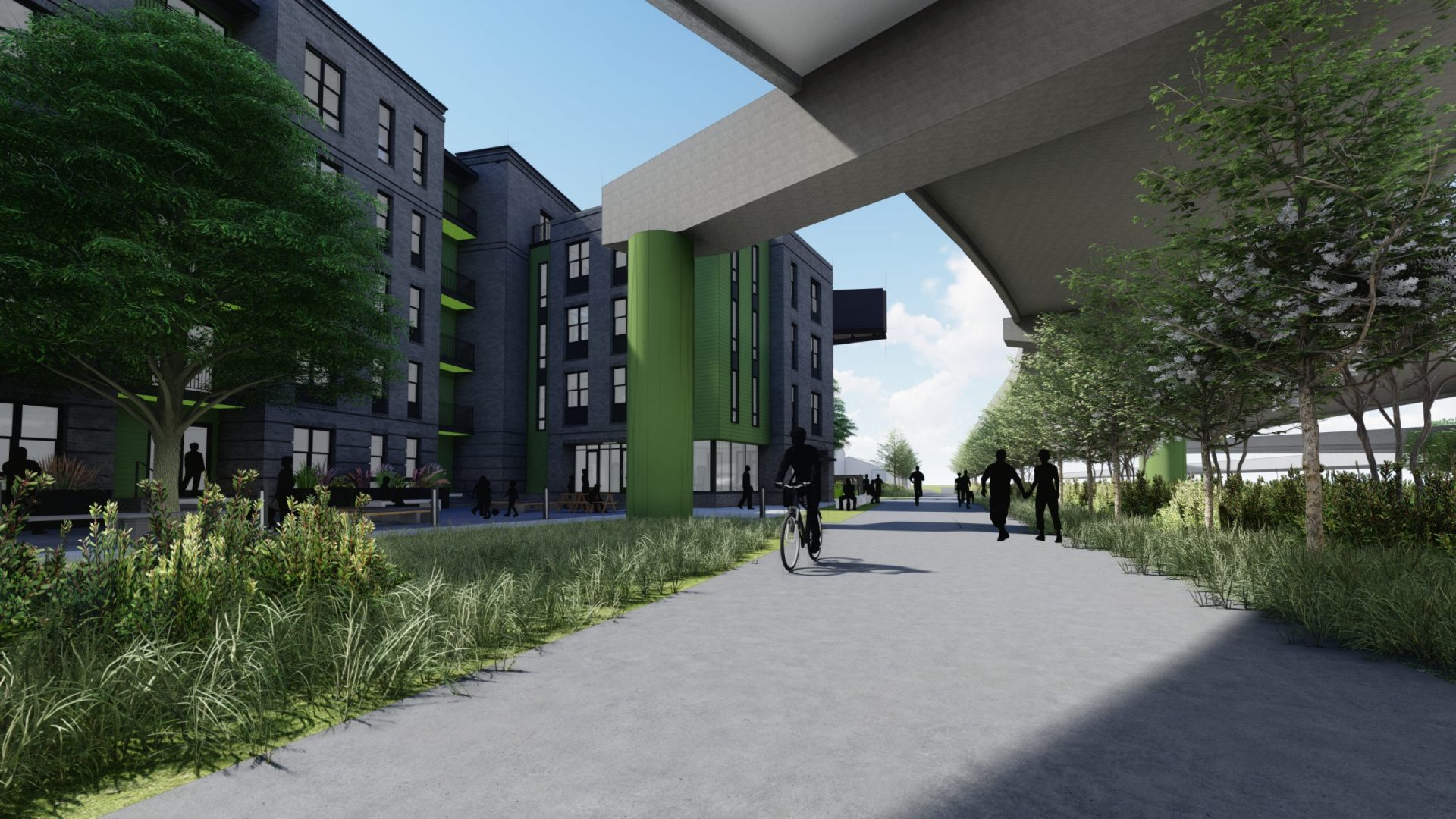 Designed to complement the city and its history, new affordable housing for Lowline Park is being developed by NHE. It includes 55-units in a mix of studios, one bedroom, two bedroom, and three-bedroom units. McMillan Pazdan Smith’s conceptual design was approved by the Charleston Board of Architectural Review in April. Creative Builders (North Charleston) will be the general contractor.

“All Charleston residents will benefit from this project. It will create much needed affordable housing on the peninsula and develop a public gateway to the future Lowline Park system,” says McMillan Pazdan Smith Project Manager Brian Fessler.

The Lowline affordable housing development will be adjacent to a dedicated walking and bicycle path that is part of the Lowline Park. The path will provide safe access to jobs, shopping, and a bus rapid transit system on the Charleston peninsula.

Charleston’s Lowline project will turn 1.7 miles of abandoned railway track along the spine of Charleston’s peninsula into a green space with pedestrian and bicycle paths, community space, and affordable housing. The name “Lowline” is derived from New York’s High Line, an elevated linear park and greenway converted from an abandoned railway.